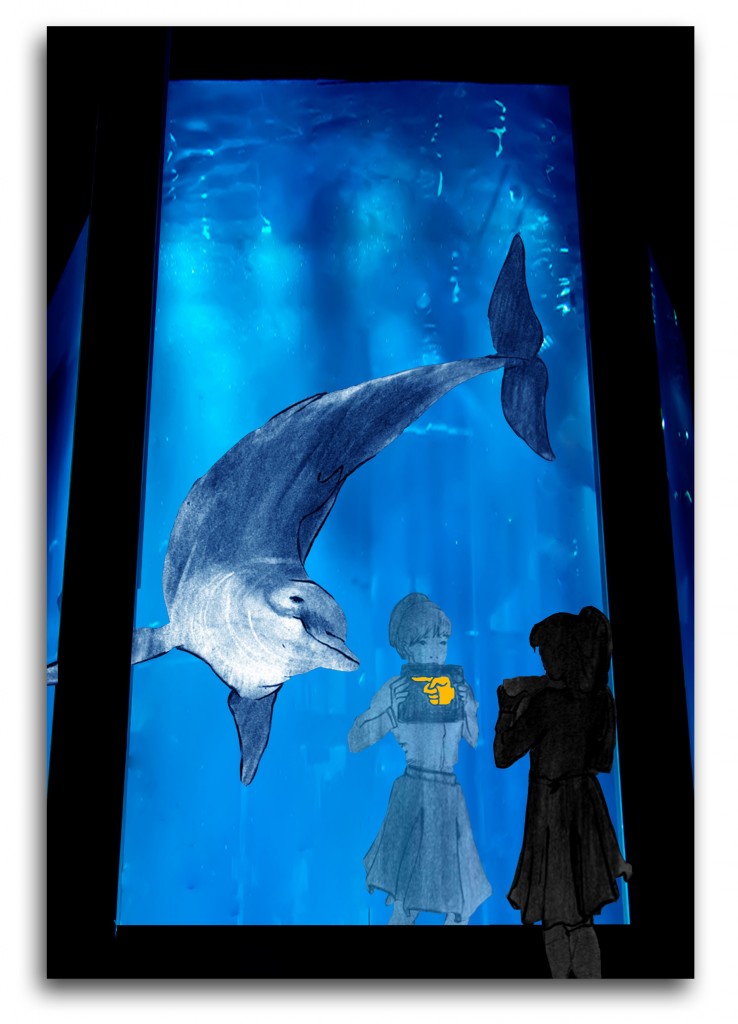 A teenage girl figures out a way to stop the dolphins in Taiji, Japan from being slaughtered every year by teaching them a meme to spread and warn each other with.

To read the story for free, click here:
BILINGUAL (PDF)

I conceived this story after watching the documentary The Cove on the plane ride up to Clarion West Writers’ Workshop in 2012. I was stirred to write something about saving the dolphins in Taiji, Japan from slaughter. I was inspired to cast the story as a Twitter feed because I admired the boundary-pushing work of my Clarion West instructors Kelly Link and Gavin Grant who workshopped it with me. The story is based on the astounding current research about dolphin communication, language, and intelligence.

I’m vegan and a big animal lover. I believe that in 50 years, history will look back on a lot of our current practices and thinking about animals with shame and revulsion. I also believe that animals make humans better humans and that animals make us ask important questions about what it means to be human. Thus, I wanted to write a story about a practice that makes me very ashamed to be part of the human race but with a main character who makes me very proud to be part of the human race. This story is perhaps the most heartfelt I have ever written and I think of it as my E.T.

Artist Caroline Sirounian and I collaborated on this sketch inspired by the story.

To learn more about the documentary “The Cove”, click HERE.

To learn more about how to support the campaign to stop the slaughter of dolphins in Taiji, Japan, click HERE.