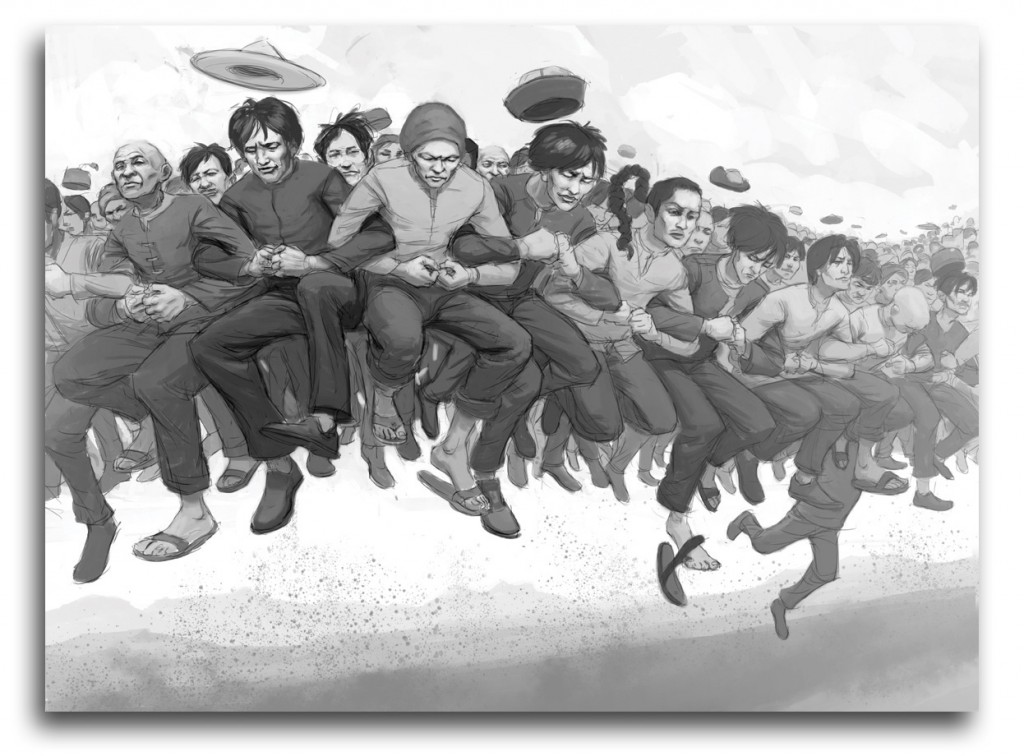 The Great Leap of Shin

An imperial court eunuch devises
a way to prevent earthquake casualties by
organizing an unusual and epic engineering
project to schedule the empire’s impending
great earthquake. A boy from the island
of Pearl, which will be drowned by the
tsunami following the earthquake, is
sent to stop the plan with an unexpected
weapon.

To read the story for free, click here:
THE GREAT LEAP OF SHIN (PDF)

This story was published in the
January/February 2015 issue of Analog. It was
reprinted in the anthology People of Color Take
Over Fantastic Stories of the Imagination,
edited by Nisi Shawl. It is part of a series of
fantasy stories and novels set in the world
of Pearl. I workshopped this story at Clarion West
Writers’ Workshop under George R. R. Martin. It was
in response to his quoting of Faulkner’s advice
that the only thing worth writing about is the
human heart in conflict with itself. The events of
the story are referenced in my debut novel PEASPROUT CHEN, FUTURE LEGEND OF SKATE AND SWORD. George was extremely supportive of this story, saying, “I loved this idea” and “I completely bought it.”

The illustration was created by Kurt Huggins
for Analog.

Here is some critical reaction to the story.
Tangent Online, Martha Burns